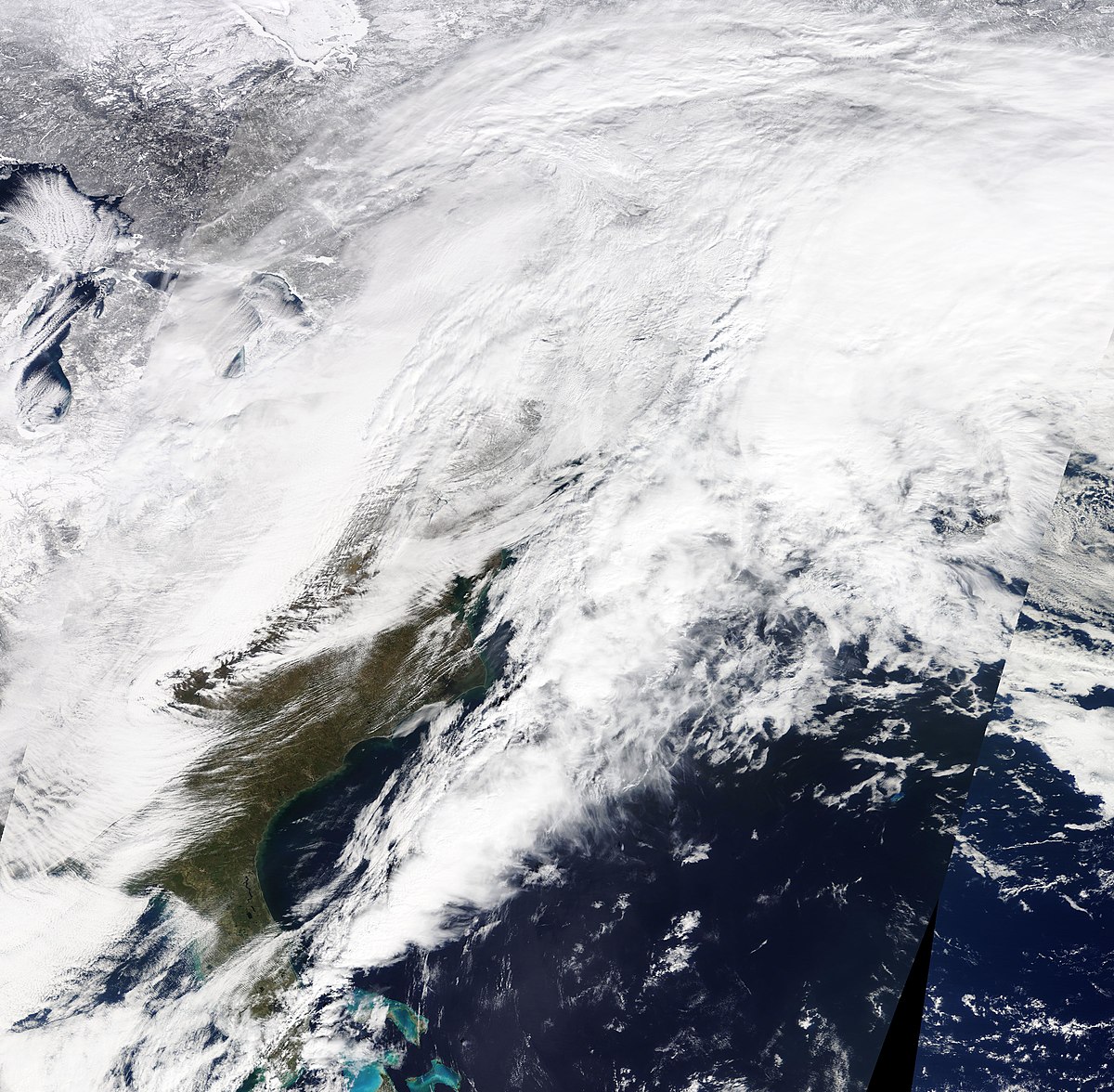 A series of winter storm events across the U.S. has led to widespread catastrophic freeze impacts, particularly in the State of Texas, commonly referred to in the press as winter storm Uri. Starting mid-February and continuing for over 2 weeks, these storms impacted a large part of the continental United States with freezing temperatures, snow, and ice.

This unusual southerly reaching winter-outbreak was driven by the same phaenomenon that caused cold temperatures in Central Europe and harsh winter conditions in Spain in late January: A large-scale atmospheric teleconnection called the Arctic Oscillation. This Arctic Oscillation was negative all season and reached its peak value around mid-February. When the Arctic Oscillation (a reflection of pressure differences farther north) becomes negative, it favours a weaker, more meandering jet stream, allowing cold arctic air masses that usually remain at latitudes of Southern Canada or Chicago to move substantially farther south.

Most of the states affected exhibited resilience in terms of being well prepared for severe winter conditions through insulation, the ability to avail themselves of mutual energy sharing agreements and past experience. Texas fared less well, leading to a winter storm catastrophe in that state, driven in large part by the impact from significant-duration power outages.

Texas does not embrace practices as robust as some Midwestern and North-eastern states; the state has not undertaken mitigation efforts against the impacts of freezing temperatures, e.g., the insulation of pipes for water supply and sprinklers. In addition, the Electricity Reliability Council of Texas, the grid operator that controls roughly 90% of the electric load in Texas, is not connected to other states’ power grids, effectively rendering much of the state an island in electrical power supply matters and leaving it with no capability to borrow/share surplus power in the face of such extreme events.

The freeze peril most commonly leads to damage from water resulting from burst pipes. A burst pipe can lead to significant water spillage that requires extensive repairs.

As the last winter storm impacts of this event are still unfolding, any detailed prediction about ultimate insured losses is premature. Some modelling firms have issued public estimates of the insured market loss for winter storm Uri. Karen Clark & Co speaks of up to USD 18bn, AIR from “north of USD 10bn”.

Winter storm Uri introduced a sizable price volatility in the month end cat bond prices through a devaluation and a general widening of bid /ask spreads. Based on these prices, the valuation on March 1 showed a loss in both Solidum-Falcon Fonds as reflected below. It is however expected that some of the mark to market devaluations seen on March 1 will recover soon.

Aggregating cat bonds such as the ones from Nationwide (the Caelus programme) incurred an additional erosion of their retentions which translated to valuations indicating a capital loss on the riskiest tranches, which have already been marked down in QIV 2020. Other aggregating bonds such as the ones from USAA seem to be punished too much and partial recovery is expected soon.

Please find below an overview on the performance and an estimate for the total impact of winter storm Uri:

The portfolio management team remains at your disposal for any additional questions.